DINE YOUR WAY THROUGH SPAIN PROGRAMS

Olives and Olive Oil have been an important product of Andalucía, since the Roman times. Today, a third of Europe’s best olive oil is produced in this region, with over 260 varieties of olives and from the places you’ll visit along the Route of Liquid Gold. All throughout the year the county of Jaen, once a Moorish stronghold and the largest producer of Olive Oil in the world, celebrates Olives and Olive Oil. Even the Royalty participates.

Your gastronomic adventure takes you to magnificent Granada and the beautiful towns of Baeza and Ubeda, both showcases of Renaissance splendor and named heritage cities by Unesco.

From there it’s on to the splendid cities of Cordoba and Sevilla. And, of course, all along the way you’ll partake of a gastronomy that owes its existence to Olive Oil. Your dining experience will be complimented with excellent wines and sherry.

SAMPLE ITINERARY
All itineraries can be modified to fit your travel time, budget and specific interests.

Day 01 / 02 – Granada
From the moment you arrive in Granada and are driven to your elegant historic hotel, you’ll find yourself anxious to get started visiting its important sites. This magnificent city was first occupied by the Moors in the 8th century. Its golden period came during the rule of the Nasrind Dynasty from 1238 to 1492, when it fell to the Catholic Monarchs. You’ll learn how in those two and a half centuries artisans, merchants, scholars and scientists all contributed to its international reputation as the center for arts, science and culture.

During your visit you’ll discover that there are actually two Granadas to explore. The original Moorish Granada, and Medieval Christian Granada. You can easily spend hours in each one wandering through a maze of narrow, winding streets past palaces and manors, past shops and inns and past parks and plazas. During your two days stay you’ll tour Granada’s magnificent Cathedral, home of the Royal Chapel where the Catholic King and Queen Fernando and Isabel are buried. Nearby you’ll walk to the Alcaicerià, a reconstruction of a Moorish bazaar that burnt down in 1843.

Your visit will start with the Generalife, where the magnificent and legendary Alhambra Palace and Gardens were built, an unforgettable experience for anyone visiting Granada. Built by the Nasid Caliphs, it’s more than a palace and gardens. It’s a magical blending of space, light, water and decoration to create an architectural masterpiece on earth. Your guide will take you through its many splendored chambers, gardens and waterways. If you do nothing else but explore this “paradise on earth,” your trip to Andalucia would be justified.

There’s a footpath from the north side of the Alhambra that leads straight up to the Generalife, where the Nasrid Princes and Nobility, resided high above the city and where you’ll enjoy the panoramic views of the city. The term Generalife, or Yannat al Arif, means “the garden of lofty paradise.” Your guide will take you along this famous footpath past lavish palaces, tranquil ponds and manicured gardens.

Your stay in Granada will also include a welcome dinner and lunch where you’ll partake of the great cuisine that Granada has to offer complimented by the great variety of olive oil and wines that come from this area.

Day 03 – Jaen / Baeza
During your visit in Jaen, you’ll enjoy a special Moorish-inspired comida lunch at the Parador de Jaèn, one of the most spectacular Paradors in Spain. Located atop a mountain in a 13th century Arabic fortress, the Castillo de Santa Catalina, offers magnificent panoramic views of the city below overlooking Jaèn, and the countryside beyond.

After lunch, en route to Baeza, you’ll visit the city taking in such sights as the Palacio Villardompardo, housing a museum of arts and crafts, the Baños Àrabes, a 11th century Moorish bathhouse, and the famed Real Monasterio de Santa Clara, founded in the 13th century. Then continue to your historic elegant hotel in the heart of regal Baeza.

Day 04 / 05 – Baeza and Ubeda
You can’t see one without seeing the other. Both UNESCO World Heritage cities and a showcase of Renaissance splendor. You’ll learn how both towns came into full blossom thanks to the patronage of some of the riches and most influential men of their times. And both became the home of some of Spain’s most talented writers and artists. If you’re impressed by one, you’ll be even more impressed by the other. There’s only one way to really get to know these towns. And that’s by joining the walking tour that has been arranged for you, with our professional guides who love sharing the history of their towns as much as they love living in them.

Your walking tour of Baezabegins in the Plaza del Pòpulo, named after the famed Plateeresque Palacio on its north flank. From there you’ll traverse magnificent Baezastopping to admire La Alhòndiga, the old corn exchange, with its imposing triple-tier arches along it façade, before passing through the Torre de los Aliatares, a thousand-year-old Moorish tower and entering the inner city. There, you’ll visit Antigua Universidad, one of Spain’s oldest Universities, and the stunning Santa Marìa Cathedral. Your stay in Baeza will include a lunch ‘comida’ in one of the established restaurants.

During your second day you’ll be driven to Ùbeda. Your tour of Ùbeda is just as impressive. It starts in the Plaza de Vàzquez de Molina. Actually you won’t have to move very far from where you’re standing. You’ll be completely surrounded by elegant 16th century palaces and stately churches. Several worth going inside. Like one of Spain’s finest Renaissance churches, the Capilla del Salvador or Ùbeda’s town hall in a mansion built by Molina, himself, the Palacio de los Cadenas.

Your visit will include two gourmet “comidas” lunch in established restaurants, sought by gourmands. You’ll have the opportunity to delight in the local cuisine featuring their ‘liquid gold’ olive oil, as part of the local gastronomy. All meals will be accompanied by the fine wines of this area.

Day 06 – Cordoba
This morning you’ll travel to a city which during the 10th century was the envy of the Western world. Cordoba. It’s just as awe-inspiring today. Still intact is the rich legacy left by Roman, Moorish and Jewish communities of a former Golden Age. You’ll be greeted by your private guide who will start your walking tour of Cordoba with a visit to the magnificent La Mezquita, a UNESCO site. This glorious former Mosque (now a Cathedral), with its 425 alabaster marble arches and 850 columns of granite, jasper and marble, is one of the world’s greatest architectural treasures. Your walking tour will wend its way through a maze of winding narrow streets along the lively Juderia, the former Moorish and Jewish Quarter, with its thriving shops, lively cafes and typical Andalucian patios.

Then enjoy a magnificent lunch in the famed Bodegas Campos, one of the best of the great restaurants in Cordoba, where you’ll have a chance to sample Salmorejo, Cordoba’s unique version of Gazpacho. Then your guide will take you to the outskirts of Cordoba where you’ll explore the impressive ruins and excavations found in Medina de Azahara, from where the Omeya Caliphate Moorish Dynasty once ruled all of Al-Andalus. Unfortunately, its glory was short-lived. It was sacked by Berbers in 1010. When finished, continue to regal Sevilla, capital de Andalucia, where you’ll enjoy a relaxing evening.

Day 07 – Sevilla
In Sevilla you’ll stay at the elegant Hotel Inglaterra, a favorite of Europe’s elite since 1857. Located right in the heart of Sevilla’s historic quarter by Plaza Nueva. This hotel is known for its established restaurant La Galeria, favored by gastronomy lovers all over Europe, and it plays a leading role during Sevilla’s gastronomy week.

Today your guide will take you on a detailed walking tour of the historic Barrio de Santa Cruz, also known as the former Moorish and Jewish Quarter. Your tour will start with a visit of Sevilla’s magnificent Cathedral, a UNESCO site and the largest in Spain. This cathedral, considered one of the finest examples of Gothic architecture, houses the final remains of Christopher Columbus. You’ll also visit La Giralda, a former 7th century Moorish watchtower, connected to the beautiful El Patio de Los Naranjos, a large courtyard with over 400 orange trees. Of course, you can’t leave the Barrio without exploring the impressive El Alcázar, the Royal Palace built by King Peter I the Cruel, designed in the Mudejar (Moorish) style. It’s known for its wonderful tiled interiors and magnificent gardens all surrounded by the city’s original fortress walls. Today it hosts Spain’s Royal visits and events.

In the evening you’ll visit Sevilla’s Museo de Flamenco, where you’ll learn of the many subtle and intricate styles that make up Flamenco. Then you’ll experience authentic Tablao Flamenco performed by professional local dancers who possess the kind of duende (magic spirit) that make tablao unique among all other dance forms. Don’t be surprised if you hear yourself yelling olè with the rest of audience.

Day 08 – Sevilla
Today you’ll visit Sevilla’s famous Plaza de Toros and Museum, which has hosted some of the most dramatic bullfights dating back to the 18th century. This will be followed by a comprehensive panoramic tour of this magnificent city as of interest, which will include the Royal Park of Maria Luisa, the impressive Spanish Pavilions and Plaza de Espana built in the 1930’s for the Ibero-American World Expo, the former Tobacco Factory and the Island of Cartuja.

Tonight you enjoy a farewell dinner at the elegant “Los Abades de Triana” Restaurant by the Gypsy Quarter. During your meal you’ll admire the great views facing the Guadalquivir River and former Tower of Gold, used during the Age of Discovery to house the riches and goods brought from the Americas.

Day 09 – USA
This morning you’ll be driven to Sevilla’s International Airport for your flight back home. 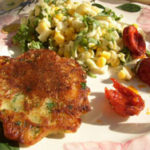 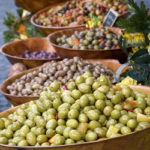 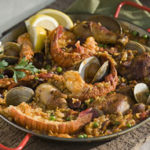 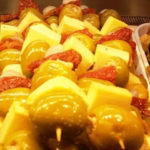 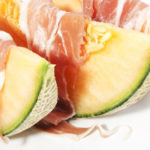