Jews arrived with the Phoenicians, before even the Romans came. From that time until they were expelled in 1492, they played an essential role in the culture and history of Spain. Even until now, Conversos have left their mark on Spain. Today over a quarter of the population of Spain is of Jewish heritage. More Jewish travelers are visiting Spain than ever before. Next to Israel, Spain has become the most important destination for the Jewish traveler wanting to rediscover their heritage, legacy and the essential role they played in the culture and history of Spain dating back 2000 years.

These special tours were designed by our founder to let you do just that. She was not only raised in Spain, but is knowledgeable in Jewish Iberian history. With her intimate knowledge of Sephardic Spain, she has put together a series of unique itineraries designed to introduce you to both the tragedies and glories of Spain’s Jewish past. Yet all were designed around this central premise:

While most of the rest of Europe lived in the Dark Ages, Sephardic Spain was the light of the world.

They’ll take you to the key cities that played such important roles during the Golden Age of Jewish learning, the Inquisition and Expulsion eras as well as the return of the Jewish Communities in the 19th century and the escapes routes through Spain during WWII.

You will travel to important historic cities as well as off the beaten path towns and places, where the Jewish Communities thrived between the 10th and 15th centuries and later were forced to make crucial decisions that would affect their lives for centuries to come. In their Jewish Quarters visitors will learn of the glorious and tragic history of the Spanish Jews.

Each of these tours is enhanced by lectures of local experts and guides, some of whom have played personal roles in preservation Jewish historical sites. You’ll also have the opportunity in some cases to meet members of the Jewish Community and celebrate Shabbat Spanish style. At the same time, you’ll enjoy the Spanish hospitality, culture and gastronomy. 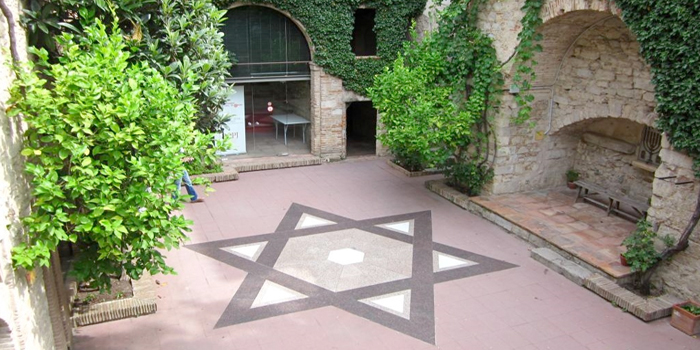 About The Spanish Diaspora

The glorious and tragic history of the Spanish Jews and their Sephardic heritage dates back 2000 years. The contribution of the Spanish Jews is hard to measure due to its immensity, with poets, mathematicians, doctors, astrologers, linguists, philosophers and translators who rose to recognition during the Jewish Golden Age in Spain.

The Spanish Jews also lived in isolated communities all throughout Spain. They were protected by the different regional Caliphates and Kings, before the Christian Re-Conquest of Spain, and the Expulsion Edict in 1492. However, during the 13th century these communities had already started to experience pogroms and persecutions.

You’ll find their writings in the Arab, Hebrew, Old Castilian and Ladino languages. It’s difficult to find a people where the population reached such heights, leaving such a valuable legacy.

We invite you to join us in this fascinating journey!

For more information on one of the above Itineraries call or email us.