DINE YOUR WAY THROUGH SPAIN PROGRAMS

This unique gastronomic adventure not only takes you to the great capitals of Andalusian cuisine, but also to off-the-beaten-path destinations known only to Spanish and European gourmands. In the lovely Hacienda Torre de la Reina, in the province of Sevilla, you’ll learn how to prepare several traditional Andalucian country dishes and dine on your own creations. And in the 16th century Hacienda Guzmán, built by Hernando Colon, one of Christopher Columbus’ sons, you’ll discover the immense variety of different olive oils ‘Liquid Gold’.

During your gastronomy adventure you’ll travel to the established town of Sanlucar de Barrameda, where you’ll visit and partake of wine tasting at selected Bodegas featuring great wines and sherry (Jerez) . At the same time you’ll learn how to match all your new recipes with just the right sherry, from pale Manzanillas and dry Finos to dark, golden Olorosas and full-bodied Amontillados. In between cooking lessons and fine dining, you’ll experience the magnificent culture and history of Carmona, Cordoba, and Sevilla, cities and towns where this unique cuisine was first introduced. You’ll discover why it took five cultures to create it.

SAMPLE ITINERARY
All itineraries can be modified to fit your travel time, budget and specific interests.

Day 01- Sevilla, City of Fun and Romance
Today you arrive in regal Sevilla, the vibrant capital of Andalucia. Here you’ll be greeted and driven to your accommodations at the historic El CortijoTorre de la Reina, a beautiful typical Andalucian hacienda on the outskirts of Sevilla.

After settling in, your host will take you on a tour of this historic hacienda. Then you’ll relax in these lovely surroundings before joining your host for cocktails and a welcome dinner. There is probably no better way to be introduced to Andalucían gastronomy than to become familiar with the wide variety of sherry or local wines. Tonight you’ll sample some of the very same dishes you’ll soon be preparing back home for your guests.

Day 02 – Excursion to the little white town of Carmona
This morning after a country breakfast, you’ll embark on yourfirst great adventure into Andalucian gastronomy. You’ll join the hacienda’s cook Encarnacion, in preparing several of the region’s most popular dishes. You’ll choose from several favorite local recipes, includingGazpacho Andaluz, which can be prepared in a variety of different ways,Huevos a la Flamenca, a typical gypsy dish of eggs baked with vegetables and Jamon iberico (ham), or tartar of salmon and avocado, or grilled lamb with exotic spices and much more. You’ll also prepare several local desserts made with rice, milk, chestnuts, almonds and cinnamon, all of which can best be enjoyed accompanied by the local anise. For your comida (lunch), you’ll dine on what you just prepared.

That afternoon, you’ll travel to the beautiful “little white” town of Carmona, which was one a Roman stronghold cities in the days of Julius Caesar (100-44 B.C.). To enter the town, you’ll pass through the Puerto de Sevilla, a gateway through the Moorish walls. Suddenly you’ll find yourself in the middle of a dense cluster of Mudèjar mansions and churches, squares and winding, cobbled streets. Be sure and visit the Iglesia de Santa Maria La Mayor in the Plaza of San Fernando. It’s interesting to see how this former Mosque was converted into a Church. You’ll also tour the Necròpolis Romana, ruins of the former Roman Burial Ground, as well as Carmona’s famed Parador, a former 13th century Palace built by King Peter I the Cruel.

For la cena, (dinner), we have something very special planned for you. You’re going to do what gastronomyaficionados always do when they come to Carmona.You’re going to follow La Routa de la Tapas, the route of the tapas, marked along the streets with white and blue tiles, and you’re going to experience the best tapas Andalucia has to offer. Then it’s back to your hacienda to rest up for another exciting day.

Day 03 – Excursion to the famed Hacienda Guzmán
Today after a hearty breakfast, you leave for the Hacienda Guzmán. The hacienda’s history has been traced as far back as to the 16th century. It was built by one of Christopher Columbus’ sons, Hernando Colon, as an oil factory which produced olive oil to be exported to the Spanish colonies in America. For the past five centuries both royalty and celebrities have visited it and slept in its rooms. During your visit you’ll have the opportunity to learn of the olive oil process, and taste the many varieties produced in this region. This will include a tour of the gardens featuring over 180 different varieties of olive trees, some dating back 500 years. Your tour will end with a visit of the museum of carriage and traditional colorful outfits which are used during the annual Sevilla’s Fair and Flamenco Fair.

Day 04 – Stroll through the History of Sevilla
This morning you’ll be driven to regal Sevilla, the capital of Andalucia. Here you will stay at the elegant Hotel Inglaterra, a favorite of Europe’s elite since 1857. It’s located right in the heart of Sevilla’s historic quarter by the Plaza Nueva. This hotel is known for its famous restaurant La Galeria, favored by gastronomy lovers all over Europe, and plays a leading role in Sevilla’s gastronomy week during the month of September.

After checking into your hotel, your private tour guide will take you on a detailed walking tour of the historic Barrio de Santa Cruz, also known as the former Moorish and Jewish Quarter. Your tour will start with a visit of Sevilla’s magnificent Cathedral, a UNESCO site and the largest in Spain. This cathedral is full of rich history and houses the final resting place of Christopher Columbus remains. It is considered one of the finest examples of Gothic architecture. You’ll also visit La Giralda, a former 7th century Moorish watchtower, connected to the beautiful El Patio de Los Naranjos, a large courtyard with over 400 orange trees. Of course, you can’t leave the Barrio without exploring the impressive ‘El Alcázar, the Royal Palace built by King Peter I the Cruel, designed in the Mudejar (Moorish) style. It’s known for its wonderful tiled interiors and magnificent gardens all surrounded by the city’s original fortress walls. Even to this day, it’s used to host Spain’s Royal visits.

In the evening you’ll visit Sevilla’s Museum of Flamenco, where you’ll learn about the many subtle and intricate styles that make up flamenco. Then you’ll experience authentic Tablao Flamenco performed by professional local dancers who possess the kind of duende (magic spirit) that make Flamenco unique among all other dance forms. Don’t be surprised if you hear yourself yelling olè with the rest of audience

Day 05 – Day in Cordoba, ancient capital of Al Andaluz
This morning you’ll depart for the city which in the 10th century was the envy of the Western world. Cordoba. It is just as awe-inspiring today. Still intact is the rich legacy left by Roman, Moorish and Jewish communities of a former Golden Age. You’ll be greeted by your private expert guide who will start your walking tour of Cordoba with a visit to the magnificent La Mezquita, a UNESCO site. This glorious former Mosque (now a Cathedral), with its famed 425 alabaster marble arches and 850 columns of granite, jasper and marble, is one of the world’s greatest architectural treasures. Your visit will be followed by a tour of the charming narrow streets along the lively Juderia, the former historic Moorish and Jewish Quarter, with its historic houses, thriving shops, lively cafes and wander through the maze of beautiful Andalucian patios.

You’ll enjoy a magnificent lunch in the famed Bodegas Campos, one of the best of the great restaurants of Cordoba, where you’ll have a chance to sample Salmorejo, Cordoba’s unique version of gazpacho. Then your guide will take you to the outskirts of Cordoba where you’ll explore the impressive ruins and excavations found in Medina de Azahara, from where the Omeya Caliphate Moorish Dynasty once ruled all Al-Andalus. The palace is built on three levels and includes a mosque, the caliph’s residence and fine gardens. Unfortunately, the glory of Medina was short-lived. The place was sacked by Berbers in 1010. After such an active day, you’ll be glad to get back to Sevilla, where you’ll spend a relaxing evening.

Day 06 – Boat Excursion to the Vineyards of Sanlucar de Barrameda
This morning you’ll travel by boat down the Guadalquivir Riverto the picturesque port of Sanlucar de Barrameda, located on the Rio Gudalquivar Estuary. It was from this same town that both Columbus and Magellan set sail on their famous voyages of discovery. After visiting the fascinating neighborhood of Barrio Alto, you’ll visit several famous Bodegas. There you’ll not only sample a variety of wines and sherry, you’ll learn everything that the grape goes through and how they are chosen for it to become the world’s finest Jerez (sherry).

In the afternoon you’ll return to Sevilla and relax. Tonight you’ll enjoy a panoramic tour of Sevilla, which includes the Park de Maria Luisaand Plaza de Espana with its descriptive displays of each region of Spain designed for the celebrated 1929 Ibero-American Exposition. Then end your evening with a farewell dinner at the elegant “Los Abades de Triana” Restaurant in the Gypsy Quarter. During your meal you’ll admire the great views facing the Rio Guadalquivir River and Torre del Oro, the Tower of Gold, used during the Age of Discovery to house all the gold brought from the Americas.

Day 07 – USA
This morning you will be driven to Sevilla’s International Airport for your flight back home where you’ll amaze your friends with all your new found culinary talent. 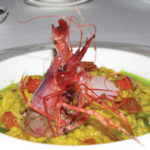 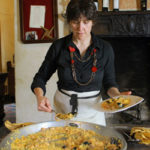 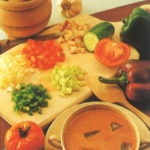 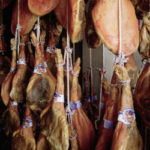